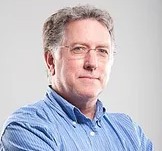 His experience in the insurance industry in NEMWIL, the largest insurance company in the Caribbean, ranged a variety of disciplines including Underwriting, IT, Marketing and HR. He successfully managed one of the largest IT investments in the industry at the time, expanded the regional agency network and direct writing portfolios of the company. He was instrumental in the design and deployment of a health insurance management system for 20,000 daily paid workers in Trinidad and Tobago. A significant achievement was the turnaround of health claims within twenty-four hours.

As Managing Director of IOM, Tony oversaw the launch of Digicel into Trinidad and Tobago in 2006, which lead to IOM also handling Digicel’s launch into Guyana as well as its sponsorship of West Indies Cricket. He has expanded IOM’s regional presence while pursing expansion of the services offered by the company. Keen on effectiveness, he introduced many of the strategy models available from within the Ogilvy and Mather and Mindshare networks. Through the strengthening of those network relationships, IOM has acquired significant global clients which remain to this day.

Tony serves on the board of the Advertising Agencies Association of Trinidad and Tobago and is presently the Chair of The Shelter for Battered Women and Children.